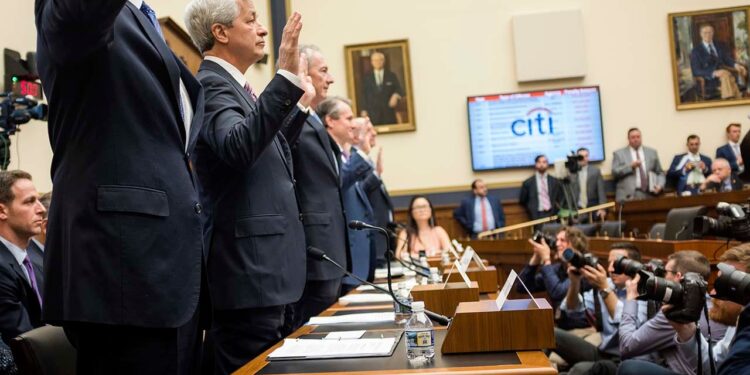 As big bank CEOs get ready to testify in front of the House Financial Service Committee through Thursday, Florida Bankers Association president and CEO Alex Sanchez advised the business leaders “not to play political games” over ESG issues, and expressed that banks should get the “final decision” in who to invest in on “Mornings with Maria” Wednesday.

ALEX SANCHEZ: Stay out of individual political issues because elections have consequences…

We are financing projects that make economic sense. And in my op-ed that Maria referred to, my concern with ESG, and that’s why I’m urging our CEOs not to play political games and dance with either party, especially the left, as it’s happened in the past, is that I want the bankers to make the final decision who they bank. I don’t want the government, either the right or the left, to say bank this person or don’t bank that one. The bankers, based on their risk and business profile, should make that decision. But the danger and risk in playing political games and dancing with one party or another is that that will happen.

WATCH THE FULL INTERVIEW BELOW