Mom rips Biden’s border after son killed by migrant: This is ‘because of who is sitting in that White House’ 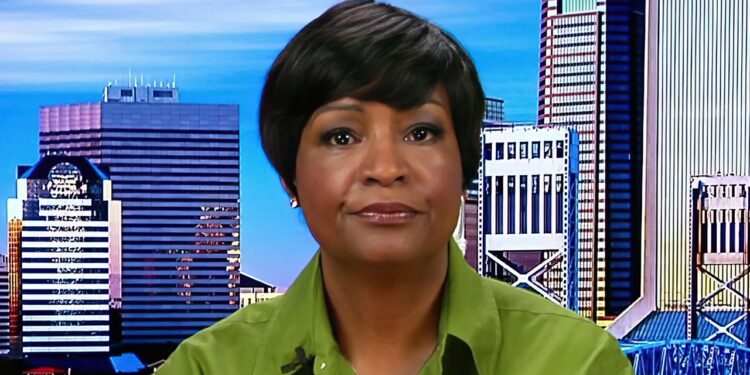 Angel mother and Florida House District 16 candidate Kiyan Michael is turning her “outrage” over a family tragedy into political action, detailing her agenda on “Mornings with Maria” Wednesday.

“This is our reality, and America needs to know that we are real families,” Michael told FOX Business’ Maria Bartiromo. “This is happening more and more often because of who is sitting in that White House and because of open borders.”

Michael’s story and initiative to protect other Americans from open border consequences was spotlighted in a recent ad campaign from Florida Gov. Ron DeSantis, in which the angel mom praised DeSantis’ “compassion” and commitment to addressing the border crisis.

“We were able to go and meet with Governor DeSantis. He said, ‘I want to hear your son’s story.’ And to see the compassion in his eyes, I saw the concern,” Michael says in the advertisement. “He wanted to make sure other lives were protected. And as a governor, he truly has been upholding the oath that he took, which is to protect Floridians.”

Brandon Michael, Kiyan’s son, was on his lunch break going to cash a check when an illegal immigrant driving without a license hit Brandon, causing the car to flip and the crash to be fatal. The migrant had already been deported twice, and was even stopped by police months before the accident.

“It was just an unbelievable thing to experience,” the angel mom recalled. “With Brandon, he was healthy. He was happy. We were looking forward to planning his wedding. And we’re a very close-knit family, we are a retired military family.”

Upon learning weeks later that the driver was an illegal immigrant, Michael remembered feeling “outrage.”

“I was very upset because we’re talking about someone who should not have been in our nation to begin with,” Michael said. “And if there’s one thing that I will overemphasize, that is that our children deserve to be safe in their own nation.”

Immigration reform and closing Biden’s open borders are “high” on Michael’s political agenda, who noted a lot of “great” work has already been done by Gov. DeSantis.