Trump could be back on Facebook in January, Meta executive says: report 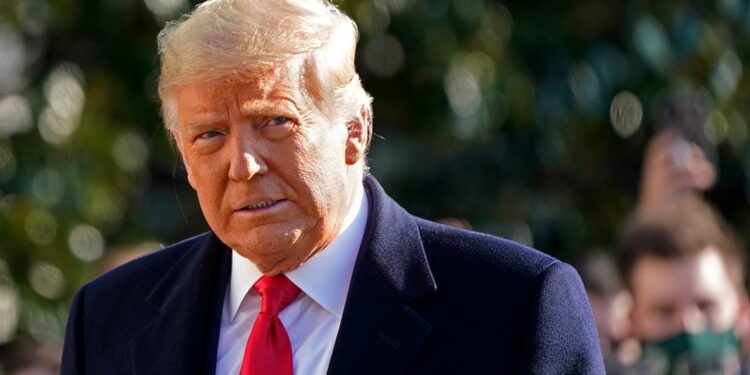 Former President Trump could be back on Facebook as soon as January, according to one of the top executives at the social network’s parent company, Meta.

Nick Clegg, Meta’s president of global affairs, said the decision would be up to him and that he isn’t taking it lightly.

Clegg made the announcement at an event hosted by Semafor, a new media organization, in Washington, D.C., on Thursday.

“I am very, very mindful that if you have this significant ability to take decisions which affect the public realm as a private sector company, you need to act with great caution,” Clegg said. “You shouldn’t throw your weight about.”

The former president was kicked off Facebook following the Jan. 6 riot at the Capitol. Facebook said at the time it believed the “risks of allowing the President to continue to use our service during this period are simply too great.”

Facebook said Trump’s Facebook and Instagram accounts were blocked “indefinitely and for at least the next two weeks until the peaceful transition of power is complete.”

In June 2021, Clegg announced Meta extended Trump’s suspension for two years after Facebook’s Oversight Board criticized the company’s decision to ban him “indefinitely.”

Clegg said at the time the company would revisit Trump’s ban, asking experts to “assess whether the risk to public safety has receded.”

On Thursday, Clegg returned to talking about public safety and said the company was abiding by the timeline it set in June last year.

“We’ve been very open.That temporary suspension is a two-year suspension, through early January of next year,” Clegg said. “We’ll look at all the signals we should do, about what we think may or may not affect the risks of real world harm.”

Fox News Digital reached out to Meta and Trump but did not receive a response.