Men pay me to rate their penises, tell them if big enough 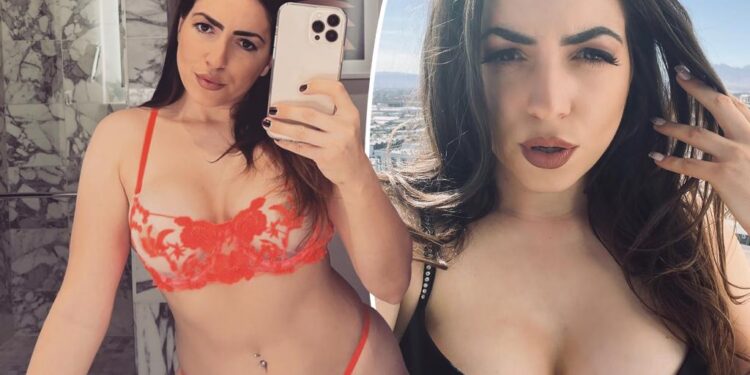 She’s helping men beat their penis anxieties one click at a time.

Las Vegas vixen Valentina Bellucci is turning a handsome profit by turning men’s frowns upside down about the lengths and sizes of their genitals. And the busty bombshell reassures her clients that penises are like breasts — their beauty is in the eye of the beholder.

“Basically, men pay [me] to look at a picture of their d–k and tell them if it looks good and mainly if it’s big enough,” Bellucci, 35, told DailyStar.

The Italy-born brunette, who produces and performs in erotica, is regularly inundated with saucy “d–k rating” requests from guys on Skype and OnlyFans seeking honest crotch critiques.

“Unfortunately, a lot of men think that size is the only thing that matters, and a hot girl wouldn’t want to have sex with them if their d–k is too small,” the siren said.

In the US, the average length of a penis is 5.17 inches, per a recent study on manhood measurements across 86 nations. Overall, researchers found that American men rank as having the 59th-biggest penises in the world.

The seductress adds that size preference is subjective, noting that most folks have sexual tastes for something satisfying over supersized.

“There are some guys who like extremely big boobs and guys who like very small t-ts,” said Bellucci. “Although, most of us don’t like anything extreme.”