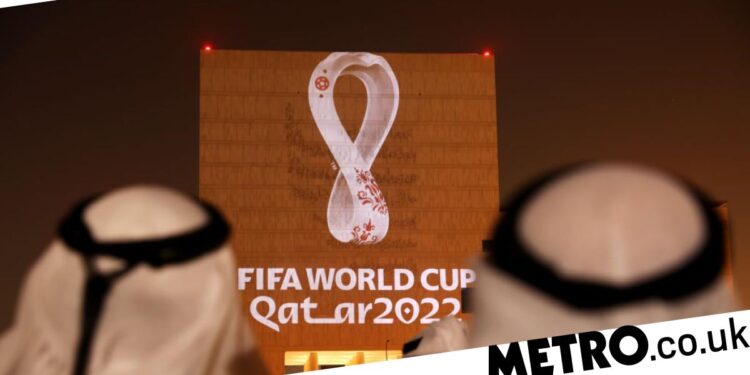 Five-and-a-bit years ago I arrived in Doha to start a contract as a sports reporter. It was Ramadan, a concept I only loosely understood. The sum total of my knowledge came from a couple of religious studies lessons, and a recent-ish conversation with a Muslim friend about why he was struggling a bit in a squash tournament in June.

It was May, 40C and humid. The dress code, I’d been informed, was always shoulders and knees covered as a minimum, particularly at this time of year.

My hotel room overlooked a building site. Given the heat of the day, construction work did not stop at night. They worked right through to catch the marginally cooler hours.

An unpromising start. But I was cautiously fascinated to be there – five years out from the first World Cup to be hosted in the Middle East, in a place that felt as different from home as any to which I’d ever been.

I was interested too that I had been welcomed to the country. A couple of times a week I – a liberal, Western woman with an enthusiasm for the off-beat – would be presenting on one of beIN Sports’ English language channels, which covered mainly English and European football from a well-equipped TV studio in the capital.

At that stage it was the sports arm of Al Jazeera, the entity that would later be revealed to have signed a contract with football’s world governing body Fifa to provide a supplementary $100million for the 2022 rights if Qatar won hosting duties. beIN may ring a bell to English fans and enjoyers of Premier League memes as the current presenting home of Richard Keys and Andy Gray.

The two British broadcasters are reportedly personally loved by Nasser Al Khelaifi, the chairman of beIN and president of Qatar-owned football club Paris Saint-Germain. Although I should say I have only heard that from two specific sources.

Generally people who talk about Qatar in this country have, understandably, few reference points.

They have seen the recent tourism ads on cabs, they have heard about the negligent deaths of migrant workers (thanks to brilliant work by Amnesty and fellow activist groups like FairSquare) and they think it’s going to be too hot to play football (the peak at that time of year is about 31C, the same as for Russia in 2018).

They may even have heard about how a senior Qatari ‘called out’ Gareth Southgate for raising concerns about human rights without coming to talk to senior Qataris first (he had).

Some people don’t think journalists should visit the place at all. For me, that defeats the point of journalism, and of the privilege we have in this country of a free press. A privilege that – despite much great work done by many journalists in Qatar – the World Cup hosts don’t have.

So my plan in the next few weeks is to try to reach across the gap from our soggy, self-proclaimed home of football down to Doha where people love football just as much – even if that is far from why one tiny Gulf State audaciously decided to host a million football supporters on a landmass the size of Yorkshire.

Is Qatar ready? Could it ever be? When Sepp Blatter made 300,000 Qataris and one Swiss man very happy in 2010, the country was home to just one stadium that might have been suitable for a group-stage game. When Fifa toyed in 2019 with asking Qatar’s to be the World Cup that expanded to 48 teams the same was still true.

Every day now, with the big kick-off drawing ever closer, someone will ask me what I think the World Cup is going to be like.

And when they do, the contradictory impressions and explanatory anecdotes fight each other out of my mouth as I try to make some partial sense of this Qatar World Cup. Which perhaps makes me the wrong person to be heading back there next week to make an audio documentary about what awaits us all on November 20.

But that is where I’m going, for the first time since 2019. Can the strands find a thread? I’ll get back to you.

For more stories like this, check our sport page.