EC wants voters on poll duty to cast postal ballot at facilitation centre only, to avoid any potential misuse 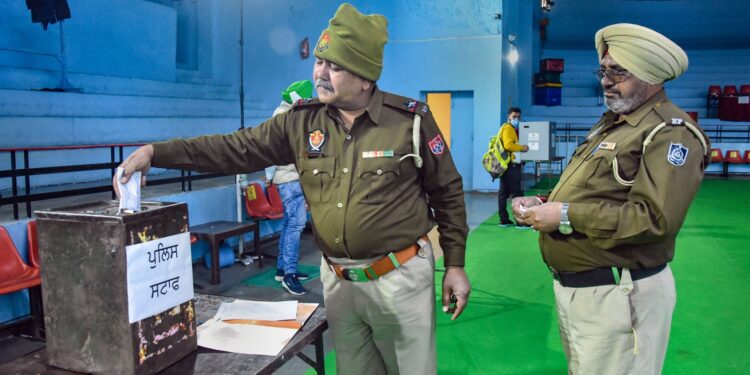 Seeking to check the potential misuse of postal ballot facility extended to voters on poll duty, the Election Commission is set to ask the government to change rules so that such people cast their vote at designated facilitation centres only and do not keep the ballot papers with them for a long time.

Sources said the proposal, if implemented, would minimise the potential misuse of keeping ballot papers by the voters on election duty for a long time with them, which is highly susceptible to undue influence, threats, bribery and other unethical means by candidates or political parties.

In its meeting held on September 16, the poll panel headed by Chief Election Commissioner Rajiv Kumar decided to send a recommendation to the law ministry to ensure that voters on election duty cast their vote at the ‘Voter Facilitation Centre’ only.

An amendment in Rule 18 of the Conduct of Election Rules, 1961 has been proposed to the government.

The sources said the poll panel has observed in the previous elections that the voters on election duty who are provided postal ballot do not cast their vote at Voter Facilitation Centre but take their postal ballot with them since they have time to cast postal ballot till 8 am of the counting day according to election law and relevant rules.

The standard policy of the Commission provides that the voters on election duty are deployed to a constituency other than their home constituency to manage and supervise polling at the allotted polling stations.

Owing to this arrangement they are not able to cast votes at their home polling station in person.

The facilitation centre is equipped with all necessary arrangements for ensuring secret and transparent voting in presence of candidates or their representatives.

However, they also have the option to send their postal ballot through post to the returning officer so as to reach before the hour fixed for the commencement of counting — 8.00 am of the counting day.

Many such voters keep postal ballots at their homes for long time after performing poll duty, as elections are normally held in staggered manner in order to manage logistics and requirement of forces.

“Thus, ensuring voting at the Voter Facilitation Centre set up for voters on election duty would minimize the potential misuse of postal ballot facility for free, fair and transparent elections,” a functionary explained.