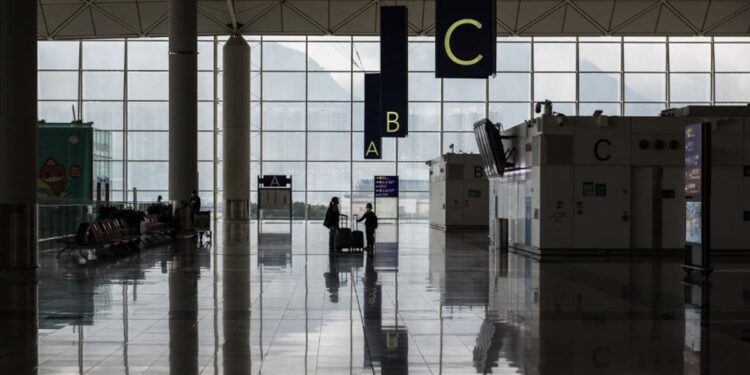 HONG KONG: Hong Kong has announced that it will end mandatory hotel quarantine from Monday (Sep 26), ending some of the world’s toughest travel curbs that have battered the economy and kept the finance hub globally isolated for the past two-and-a-half years.

All international arrivals will be able to return home or to the accommodation of their choice but will have to self-monitor for three days after entering the city.

They will be allowed to go to work or school but will not be allowed to enter bars or restaurants for the period, under a system authorities have dubbed “0+3”.

“Under this arrangement, the quarantine hotel system will be cancelled,” Chief Executive John Lee told reporters on Friday.

International arrivals currently spend three days in a self-paid hotel followed by four days of self-monitoring where they are allowed to move around the city. Hotel quarantine was as much as three weeks before being gradually eased earlier this year.

From Sep 26, travellers will be subject to polymerase chain reaction (PCR) tests on arrival.

A pre-flight PCR test which was required for travellers to Hong Kong 48 hours before flying will be replaced by a rapid antigen test.

Tourists who test positive face being isolated in hotel rooms at their own expense. Most residents can isolate at home, but those who cannot may be sent to government facilities.

Authorities also said they were lifting quotas on arrivals from mainland China – but those going in the opposite direction must still quarantine under Beijing’s strict zero-COVID rules.

The long-awaited move will bring relief to residents and businesses who have been clamouring for the Asian business hub to rejoin the rest of the world in resuming unhindered travel and living alongside the coronavirus.

For the past two-and-a-half years, Hong Kong has adhered to a version of China’s strict zero-COVID rules, deepening a brain drain as rival business hubs reopen.

Hong Kong once boasted one of the world’s busiest airports but passenger numbers this year are just 3.8 per cent of pre-pandemic levels.

The government faced mounting pressure from residents, business leaders and even some of its own public health advisors to end quarantine, especially after the coronavirus tore through the city at the start of the year.

Since that wave, the number of local infections far outweighed those coming in from overseas but authorities still stuck with quarantine rules.

At its peak last year, quarantine lasted as long as 21 days and the economic toll has been severe.

The city is currently in a technical recession – two consecutive quarters of negative growth.

On Thursday, finance chief Paul Chan warned Hong Kong will likely end 2022 in a full recession while the fiscal deficit is expected to balloon to HK$100 billion (US$12.7 billion), twice initial estimates.

“For Hong Kong to truly regain competitiveness vis-a-vis other cities around the world, the announcement is not enough; Hong Kong should be totally connected to the world without hindrance,” said local AmCham president Eden Woon.

Earlier this week, Lee said he was conscious that the city needed to retain its competitiveness, and that authorities were keen to bring back events and activities to the city.

Hong Kong is planning to host a banking summit in November, billed as a way to show the city is back in business.