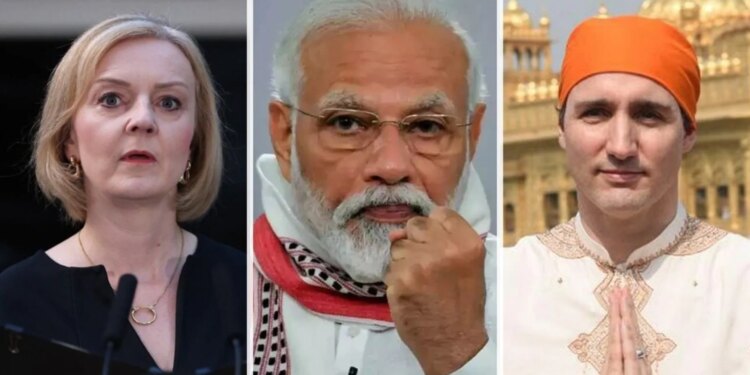 The Narendra Modi government is closely monitoring rise of Sikh radicalisation, attacks and vandalisation of symbols of Hindu religion in UK and Canada and evaluating various options to send a terse message to the two members of the Commonwealth community.

While India has taken strong umbrage to violence perpetrated against the Indian community in Leicester and protested to the UK authorities, it is also watching how British security agencies are turning a blind eye towards fund collection by Sikh radicals to fan the separatism movement.

The Modi government has decided not to take anything lying down and will respond in kind to these anti-India developments in the two countries. The events in UK are adding up to India’s angst against London for trying to carve out a non -existent global role for itself in Af-Pak region and the Indo-Pacific.

It is understood that External Affairs Minister Subrahmanyam Jaishankar and National Security Advisor Ajit Doval, who is perfectly fine in health contrary to mischievous planted reports on social media, have taken strong notice of these events in UK and Canada and the Indian response will be commensurate to the aggravation.

However, the Trudeau government replied back to Modi government on September 16 that Canada respects the territorial integrity and sovereignty of India and does not recognise this so-called referendum. There was no denouncement of referendum organized by radicalised Sikhs by PM Trudeau like in the case of Ukraine, where he tweeted his terse response.

The Trudeau government in its response to world’s largest democracy added that in Canada individuals have the right to assemble and to express their views so long as they do so peacefully and lawfully.

The Canadian response also stated that they were distressed by the recent vandalism at the Swaminarayan Mandir in Brampton, Ontario and all the information has been shared with the Royal Canadian Mounted Police for their assessment and review.

Fact is that the entire Sikh radical movement is funded in these two countries with Canada being the hub of gangsters from Punjab. India has made it very clear to not only UK, Canada but also US that non-action against anti-India Sikh radicals tantamount to complicity.