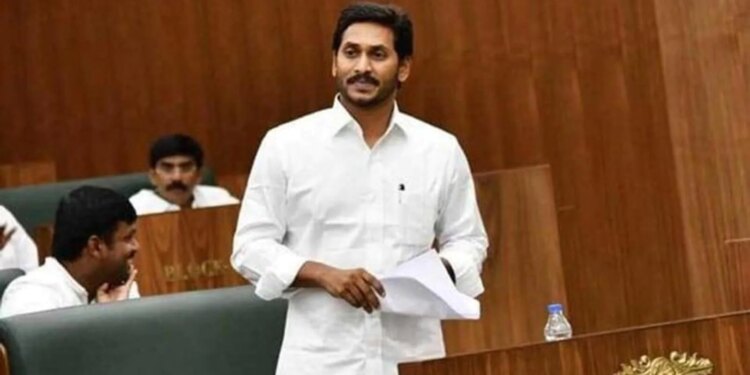 The bill was introduced in the state assembly by state health minister Vidadala Rajini on Wednesday morning. The TDP members raised strong protest over the decision and disrupted the question hour proceedings.

Assembly Speaker Tammineni Sitaram said the TDP members could express their opinion when the discussion on the bill took place. Resisting the move, the TDP members stormed the Speaker’s podium, tore away the bill copies and raised slogans, demanding that the government withdraw the bill.

During the brief discussion on the bill, the ruling YSR Congress (YSRC) members supported the bill to rename the health university after YSR. State housing minister Jogi Ramesh said the TDP leaders had no moral right to talk about NTR. “If at all there is anybody who has affection and respect towards NTR, it is Jagan, who has named Vijayawada district after NTR,” Ramesh said.

In his reply to the discussion, the chief minister strongly defended his government’s decision to rename the health university as Dr YSR University of Health Sciences. He said it was a well-thought move to give due credit to late YSR, who had pioneered the health care sector in Andhra Pradesh and it was by no means showing disrespect towards NTR.

“Due credit should be given to the deserving. Everybody knows YSR, a practising medical doctor before joining politics, had been a pioneer in taking quality medical care to the common people with his innovative scheme like Aarogya Sri, besides introducing the ambulance services,” Jagan said.

He recalled that out of the existing 11 medical colleges in Andhra Pradesh, nine were functioning even before TDP was formed and the remaining ones were established due to the initiative of YSR.

“After we came to power in 2019, we are adding another 17 medical colleges to give a fillip to the health care sector. This itself is a credit which qualifies the renaming of the health university,” he said.

Stating that TDP president N Chandrababu Naidu had no love lost for NTR, Jagan said Naidu had usurped the TDP and also the chief minister’s post from NTR and caused the death of the latter due to mental agony. “He had not even lobbied for Bharat Ratna for NTR. But we have all the respect towards NTR and that is why we have named one of the district as NTR district,” he claimed.

Reacting to the government’s decision, Naidu wondered how YSR was related to the health university, which was established in 1986 during the NTR regime. “It was NTR’s brainchild, as he wanted a separate institution for medical education. After his demise, the then TDP government named the university after NTR in 1998,” he said.

Soon after the assembly passed the bill, the TDP workers took up protest demonstrations in Vijayawada and blocked the roads by staging a dharna near health university. The police arrested the protestors and shifted them to the police station.

Meanwhile, former MP and state official languages commission chairman Dr Yarlagadda Lakshmi Prasad resigned from his post. “Though I still consider Jagan as a hero, I was pained at his decision to drop NTR’s name from the health university,” he said in a statement.