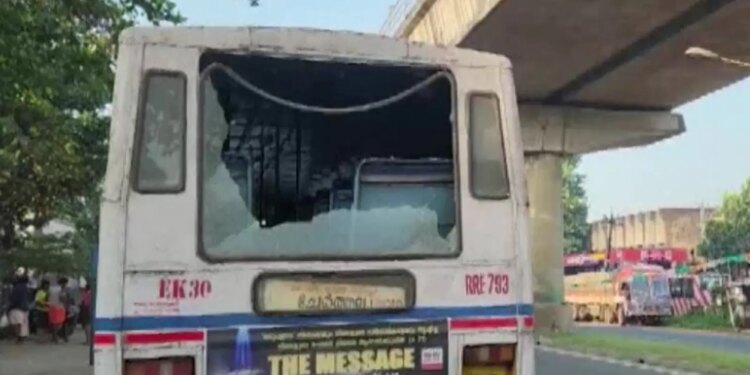 The dawn-to-dusk hartal in Kerala called by the PFI has begun on Friday with sporadic incidents of stone pelting being reported in many areas of the state. The strike was called by the Islamic outfit Popular Front of India after its top leaders were arrested in a massive country-wide raid on Thursday.

1. Kerala Police said they have upped the security in the state and issued directions to the district police chiefs to ensure law and order amid the Kerala bandh today. Stern action will be taken against the lawbreakers, the police statement said. A KSRTC bus was vandalised in Companypadi near Aluva by protesters. Vehicles were attacked in Thiruvananthapuram.

Thiruvananthapuram, Kerala | One auto-rickshaw and a car were damaged allegedly by people supporting the state-wise bandh called today by the Popular Front of India over NIA raids pic.twitter.com/k305OP83jW

2. The state-run KSRTC informed that it will operate its services as usual. Special services to hospitals, airports and railway stations will be arranged if necessary, the KSRTC said, as quoted by news agency PTI.

4. The joint raid of Thursday by the NIA, the ED and the state police forces was termed as the biggest ever crackdown — in which 22 PFI leaders were arrested. The raid started before dawn on Thursday.

Kerala | Visuals from Kottayam after Popular Front of India (PFI) called for a one-day state-wide strike today over NIA raids and the arrest of some of its leaders. pic.twitter.com/QVwAj4KskP

5. The order for this joint raid was issued at around 3.30 am on Thursday morning by the director general of the NIA, Dinakar Gupta along with ED director Sanjay Mishra and the state police chief concerned, an HT report said.

6. PFI workers took to the streets on Thursday to protest the raids which they called “part of terror unleased by an operative regime controlled by the RSS’.

7. The raid was in connection with a case of terror funding. PFI national chairman OMA Salam, national secretary Nasaruddin Elamaram, and Kerala president CP Mohammed Basheer were among the arrested.

8. Union home minister Amit Shah held a meeting with the chiefs of the agencies to review the evidence collected. National security advisor Ajit Doval was also present at the meeting.

9. Muslim organisations urged the youth from the community to remain patient. All India Tanjim Ulema-e-Islam, Kul Hind Markazi Imam Council and Muslim Students Organisation of India (MSO) have said in their statements that if action has been taken to comply with the law and prevent terrorism, then everyone should be patient with it.

(With agency and bureau inputs)