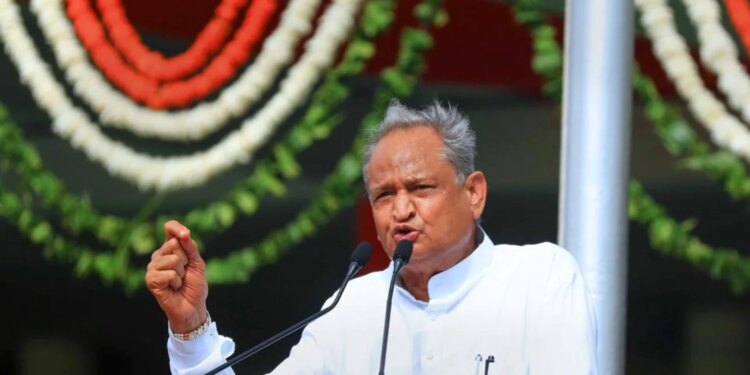 Rajasthan chief minister Ashok Gehlot Friday spoke about Congress leader Rahul Gandhi’s remark – that nobody from the Gandhi family would contest next month’s election for party chief. “I requested him multiple times to accept everyone’s proposal of becoming the Congress president. He made it clear that no one from the Gandhi family should become the next chief,” Gehlot – who this morning confirmed his bid for the top post – said.

Rahul Gandhi quit as Congress chief in 2019 – after the party was routed in the general election – and has since turned down several requests to return, including those from Gehlot and other Gandhi loyalists and resolutions passed by 11+ Congress state units this week.

On Thursday Gehlot met Sonia Gandhi – who has been interim president since 2019 – in Delhi and Rahul Gandhi in Kerala – where he is leading the party’s ‘Bharat Jodo Yatra’.

Also read | We will not oppose if Sachin Pilot is made CM: Rajasthan minister

Also on Thursday, Rahul Gandhi held a press conference in which he stressed that the party will follow the ‘one person, one post’ rule adopted at the Udaipur meeting. That was widely seen as a message to Gehlot, who had been hoping to retain his post of Rajasthan chief minister – rather than surrender it to rival Sachin Pilot – and become party boss.

Rahul also spoke about the importance of the post, calling it ‘historic’.

Gehlot subsequently said he stood willing to accept any responsibilty given by the party.

Gehlot will likely run against ex union minister Shashi Tharoor, who also met Sonia Gandhi this week and was assured of a ‘fair’ and ‘transparent’ election.

Sonia Gandhi has also made clear that neither she nor the party will take any sides.

Polls to elect a ‘full-time’ Congress chief – a key demand of the G-23, the group of senior Congress leaders who have called for sweeping reforms and leadership changes – will be held October 17, assuming there is more than one candidate. Votes will be counted October 19.