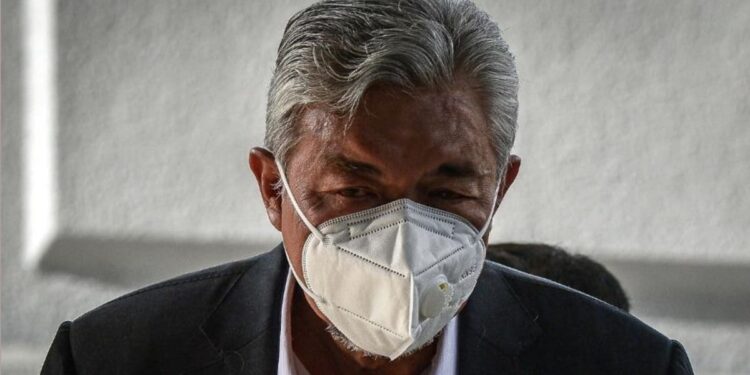 Ahmad Zahid faced 33 charges of receiving bribes totalling RM42 million (US$9.2 million) from Ultra Kirana Sdn Bhd (UKSB) as an inducement to extend the company’s contract as the operator of the one-stop centre (OSC) service in China and the foreign visa system (VLN) for the Home Ministry.

In addition to the 33 bribery charges, the UMNO leader was also charged with another seven counts as former home minister for receiving S$1.15 million, RM3 million, CHF15,000 and US$15,000 in cash from the same company. The cash amounted to about US$1.5 million.

In delivering his judgment on Friday (Sep 23), High Court judge Mohd Yazid Mustafa was quoted as saying by Malaysian media that the prosecution had failed to establish a prima facie case against the former deputy prime minister.

According to Malay Mail, the judge also noted that the testimonies of the three key prosecution witnesses were unreliable and untrustworthy.

Separately, Ahmad Zahid is facing 47 charges – 12 for criminal breach of trust (CBT), eight for corruption and 27 for money laundering – involving tens of millions of ringgit belonging to Yayasan Akalbudi (YAB).

YAB is a charity foundation. The UMNO leader is the foundation’s trustee and sole signatory for cheques.

The hearing for the YAB trial is ongoing.

Ahmad Zahid has accused the former ruling Pakatan Harapan (PH) coalition of selective prosecution against him and other Barisan Nasional (BN) leaders after the 14th general election in 2018.