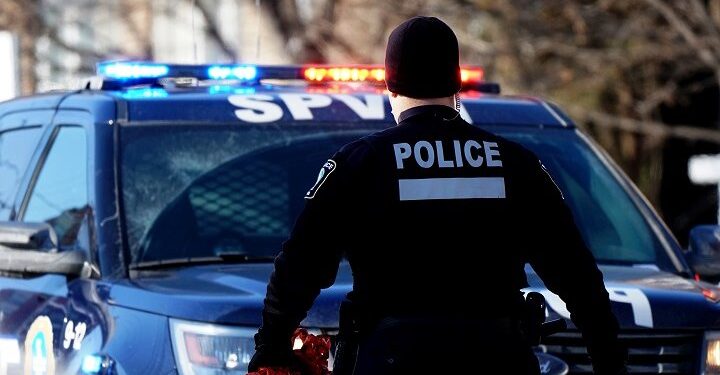 Montreal police say a 16-year-old teenager was stabbed outside a school in Saint-Michel Thursday afternoon after an altercation broke out between three teen boys.

Authorities say the incident happened just after 3 p.m. in front of Collège Reine-Marie, a private high school located on Saint-Michael Boulevard near the Champdoré Street intersection.

The victim was stabbed in his back and face, according to police, but health officials say his life is not in danger and he is stable in hospital.

An investigation is underway but no arrests have been made. A perimeter was set around the scene for investigators to locate the weapon used in the incident.

Police say they will be reviewing security footage from local businesses as well.

The victim is allegedly not cooperating with the investigation.