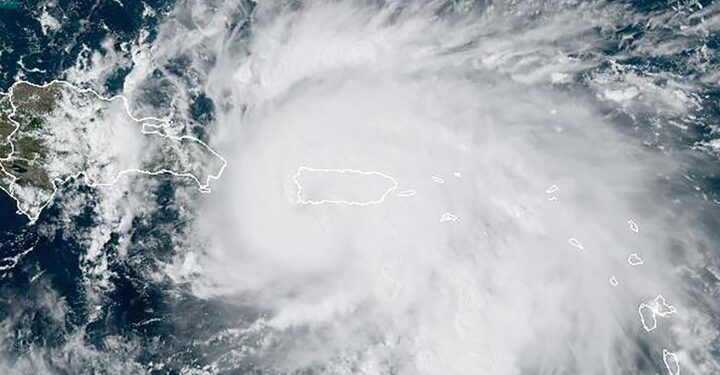 Hurricane Fiona’s strength signals an intense future, as hurricanes hitting Canada will get stronger as climate change worsens, according to a climate change expert.

“I think the evidence that I’ve seen is that the number of hurricanes may not go up, but the number of intense hurricanes, categories fours and fives, will actually increase in intensity,” explains Gordon McBean, a professor in the department of geography and environment at Western University.

He said the intensity of a hurricane is driven by the amount of energy it gets from evaporating water from the ocean, which causes it to turn around faster and harder.

In a tweet early Friday morning, the Canadian Hurricane Centre said Fiona looks to be a “historic storm” for eastern Canada.

Hurricanes are not unusual in Atlantic Canada, with an average of three to four storms entering Canadian waters each season. About half of those make landfall, according to a Reuters report.

“This is expected to be a very large system,” Maepea said, adding that authorities are anticipating several days of power outages in areas hardest hit by winds.

Parts of Cape Breton Island and eastern Nova Scotia have had rainfall throughout the summer, making them more vulnerable to flooding, she said.

McBean said the intensity of this upcoming weather event is expected with climate change as the arctic regions are warming up more than the tropical ones.

“Canada is warming about twice as fast as the globe … roughly two and a half degrees Celsius (above average),” said McBean, adding that eastern Canada will probably see more severe weather events in the future.

During the 2020 Atlantic hurricane season — one of the most active on record — climate change boosted hourly rainfall rates in hurricane-force storms by eight to 11 per cent, according to an April 2022 study in the journal Nature Communications.

The world has already warmed 1.1 C above the preindustrial average. Scientists at the U.S. National Oceanic and Atmospheric Administration (NOAA) expect that, at 2 C of warming, hurricane wind speeds could increase by up to 10 per cent.

NOAA also projects the proportion of hurricanes that reach the most intense levels — Category 4 or 5 — could rise by about 10 per cent this century. To date, less than a fifth of storms have reached this intensity since 1851.

This trend is worrying for cities and communities that are vulnerable to being damaged by these weather events, according to McBean.

“The science indicates that we would see more intense storms, whether it’s hot days or hurricanes or intense precipitation events … so I think it’s very important that we start factoring into these into our planning of communities,” he said.

“We have to try and make sure that our building infrastructure is built stronger so that when a major wind of a hurricane hits, it doesn’t blow apart as it might.”

He said there’s added risk now due to rising sea levels, which means that when hurricanes hit the waves will go even higher and impact coastal communities more severely.

“When the hurricane forms, it not only creates more precipitation … but that wind will also drive more waves on. And so the coastal communities are the ones particularly at risk,” said McBean.

According to the government of Canada website, the Atlantic provinces, like Nova Scotia and New Brunswick, “will experience the largest local sea-level rise” in the country.

With a sea ice level decline in the picture, it’s expected that coastal communities, infrastructure and ecosystems will be impacted due to the increased risk of flooding, erosion and larger wave heights.

“Further warming and lengthening of the growing season are projected, as are hotter temperatures. Annual average and extreme precipitation are also projected to increase,” the government said.

McBean said despite the projections and the weather warnings, many people seem to ignore them.

“People may say it’s not going to happen to them or whatever, but people need to take the right actions,” he said.

McBean described the right action as going inside and making sure there’s a safe place within the property, like a basement, that would help shield people from the impact of a hurricane.

“You need to not be on the top floors, looking out the windows … you need to be in a safe place and the safest place would be very frankly a bathroom because they tend to have the better infrastructure,” he said. “It wouldn’t blow apart in a hurricane or big winds.”

— with files from Reuters and Global News’ Karla Renic.