Ontario CUPE education workers start voting on whether to strike 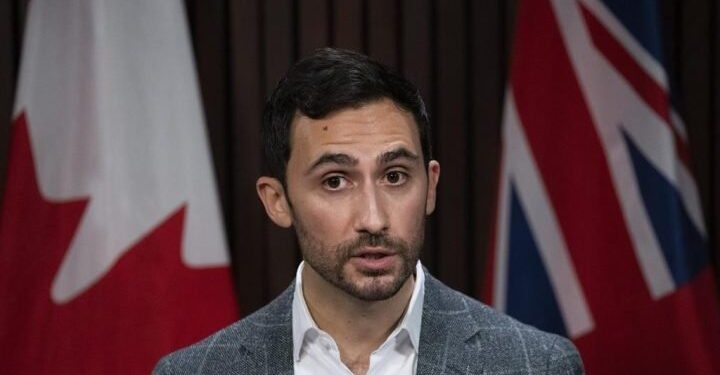 Ontario education workers including librarians, custodians and administrative staff are set to start voting today on whether to strike – and their union is recommending they vote yes.

The Canadian Union of Public Employees has called Ontario’s initial contract offer, which it made public, insulting.

The government has offered raises of two per cent a year for workers making less than $40,000 and 1.25 per cent for all other workers, while CUPE is looking for annual increases of 11.7 per cent.

Education Minister Stephen Lecce has criticized CUPE for planning strike votes since before the first offer was even tabled.

The province’s five major education unions are all in the midst of bargaining new contracts with the government.

CUPE’s 55,000 education worker members are set to vote between today and Oct. 2 on whether to strike.

Laura Walton, the president of CUPE’s Ontario School Board Council of Unions, says the lack of progress over the last two days of bargaining “firmed up” why the strike vote is necessary.

“Starting (today), 55,000 front-line education workers will have a chance to give their bargaining committee a strike mandate to make the Ford government and school board trustees take us seriously,” she said.

The government has said it wants to tackle the bigger issues at a later date, such as salary, job security, sick leave and benefits, Walton said. But even attempts at discussions on simpler issues – such as bereavement leave and creating a replacement pool of workers to fill in when others are away – have not been fruitful, she said.

Walton has previously said that holding a strike vote doesn’t necessarily mean workers will withdraw services, but said in an interview this week that what people should worry about is the state of schools right now. She said there are not enough educational assistants to provide adequate support and not enough custodians to clean schools regularly.

“Right now we’re seeing a government that just continues to disrespect the workers.”

Lecce said in a statement that education unions are clearly “charging ahead” toward a strike.

“It’s never been more clear that CUPE will strike if its demand for a nearly 50 per cent hike in compensation is not delivered,” he wrote, referring to what the minister says would be the total of salary and various other compensation-related proposals.

“Instead of continuing their march toward strike and disruption, all unions should promise parents that they will stay at the table and keep kids in classrooms. Strikes by education unions every three years hurt kids and their working parents by repeatedly setting them back.”

The government has noted that CUPE is also asking for five additional paid days before the start of the school year, 30 minutes of paid preparation time each day, and increasing overtime pay from a multiplier of 1.5 to 2.

Walton has said the government’s offer amounts to an extra $800 a year for the average worker making $39,000.

CUPE and other unions have said they are pressing for increases to both compensate for their last contracts being subject to a legislative cap of one per cent a year – known as Bill 124 – and to address inflation, which is running just under seven per cent.

CUPE has several more bargaining dates with the government scheduled in October, but no more before the strike vote concludes.