Russia’s Putin grows ‘desperate’ but world is not backing down on Ukraine: Guilbeault 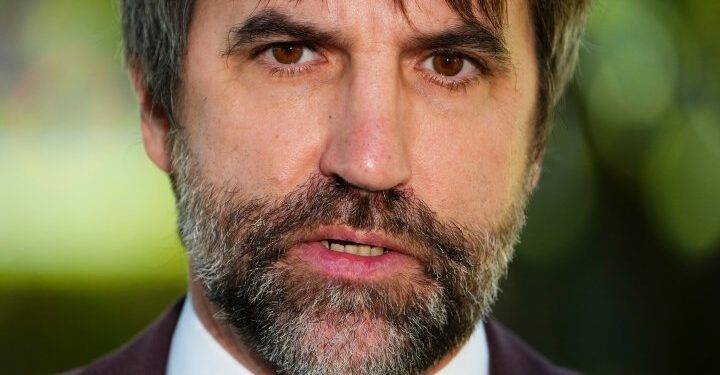 Russian President Vladimir Putin is growing “desperate” in his war against Ukraine but Canada and its allies won’t be distracted from supporting the eastern European country or from working together on pressing global priorities like climate change, says Environment Minister Steven Guilbeault.

Guilbeault spoke with journalists while in New York City for the United Nations General Assembly on Wednesday. He was asked about the timing of Putin’s decision to announce the partial mobilization of Russian reservists on the eve of that meeting — the first such mobilization in Russia since World War II.

“What I would say is that Canada will continue to be there, steadfast with our Ukrainian friends and allies,” said Guilbeault, adding he expects Foreign Affairs Minister Melanie Joly will be better placed to address the Russian mobilization later in the day.

“We’re moving internationally on these important priorities despite what President Putin is saying.”

Putin’s decision to mobilize reservists comes amid humiliating battlefield losses for the Kremlin’s forces in recent weeks, as Ukrainian fighters push on a fierce counteroffensive to reclaim occupied territories.

The Russian leader, in a seven-minute televised address to the nation aired on Wednesday morning, also warned the West that he isn’t bluffing over using all the means at his disposal to protect Russia’s territory, in what appeared to be a veiled reference to Russia’s nuclear capability.

The total number of reservists to be called up could be as high as 300,000, officials said.

Even a partial mobilization is likely to increase dismay, or sow doubt, among Russians about the war in Ukraine. Shortly after Putin’s address, Russian media reported a sharp spike in demand for plane tickets abroad amid an apparent scramble to leave despite exorbitant prices for flights.

— with files from The Associated Press.