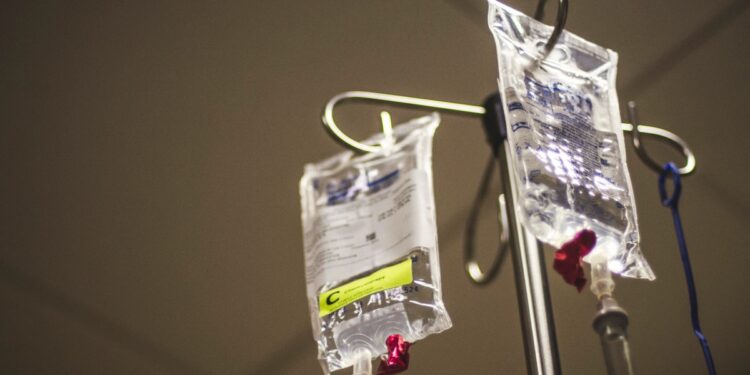 Significant strides in cancer treatments, diagnostic tools and prevention strategies continue to drive down cancer death rates, according to a report published Wednesday by the American Association for Cancer Research.

Death rates from cancer have been falling over the past two decades, particularly sharply in recent years, the group’s annual Cancer Progress Report found. As a result, there are now more than 18 million cancer survivors in the U.S. — up from 3 million in 1971.

“This is a really exciting time in cancer management,” said Dr. Stephen Ansell, the senior deputy director for the Midwest at the Mayo Clinic Comprehensive Cancer Center in Rochester, Minnesota, who wasn’t involved with the report. “We see the death rate from cancer keeps going down.”

President Joe Biden relaunched his “Cancer Moonshot” initiative this year, and last week he outlined new steps to expand on the program.

Dr. Lisa Coussens, the president of the American Association for Cancer Research, said: “You can’t stop funding basic science now with the belief that the current treatments will be good enough. Investing in basic science has a huge payoff to the public.”

Coussens highlighted the growing use of immunotherapies as an example of how cancer treatments have improved.

“Our ability to utilize or leverage the power of the immune system to fight cancer is huge,” Coussens said. “It’s why you are seeing much more significant survival rates in many cancers, such as lung and kidney cancers and melanoma.”

Immunotherapies use a person’s own immune system to fight off cancer.

“Cancer cells are mavericks, but they are your own cells. Your immune system is designed to not attack your own cells,” said Dr. Larry Norton, the medical director of the Evelyn H. Lauder Breast Center at the Memorial Sloan Kettering Cancer Center in New York. “But new drugs called immune checkpoint inhibitors allow your immune system to attack its own cancer cells.”

In March, the FDA approved the first new immune checkpoint inhibitor in eight years. The drug, called relatlimab, is used for melanoma.

In addition, the agency has approved seven other cancer therapeutics in the past year, including the first drug to treat uveal melanoma, the most common form of eye cancer in adults. It also expanded the use of 10 existing drugs to other cancers.

“The development of molecularly targeted drugs has certainly been a game-changer but haven’t been enough to result in true significant changes in overall survival,” she said.

Also key to cutting cancer death rates is catching the disease as early as possible.

“Early diagnosis is absolutely essential,” Coussens said. “A patient has the best odds of surviving a cancer diagnosis if it’s caught very early in a premalignant stage or before that primary tumor has spread to other body parts.”

Efforts to get more people to undergo routine screening for common cancers, such as breast, cervical, colon and prostate cancer, are making an impact. The Centers for Disease Control and Prevention’s Colorectal Cancer Control Program increased colorectal cancer screening rates by more than 12% in the past four years, according to the report.

Researchers remain optimistic about so-called liquid biopsies — tests that would screen for cancer using a simple blood test, as opposed to a traditional imaging scan or biopsy.

New research presented this month at ESMO 2022, a European cancer conference, showed promising data for the technique, called multi-cancer early detection blood testing. Scientists around the world are still honing the new diagnostic method, which is likely to play a huge role in the future of cancer diagnosis and treatment, Norton said.

Black Americans still have the highest death rate and the shortest survival rate for most cancers of any racial or ethnic group. Hispanic Americans and American Indian Alaska Natives are also largely left out of the improvements in cancer management that white and Asian American Pacific Islanders have access to.

“All of these advances are not being spread uniformly across the U.S. population,” Norton said.

New cancer therapies are often available only at specialized centers, which are difficult to access for people who don’t live near them and don’t have the means to travel for care. They also often require long hospital stays, which take people away from work and require extra money for lodging, Ansell said.

Minimally invasive surgical techniques that don’t require overnight stays in the hospital and novel therapies that can be administered at home, rather than in clinics, are in the works. Both could break down access barriers.

“While it’s exciting to see the progress, there is so much additional work to be done,” Ansell said. “We aren’t done until we have beat cancer for everybody.”