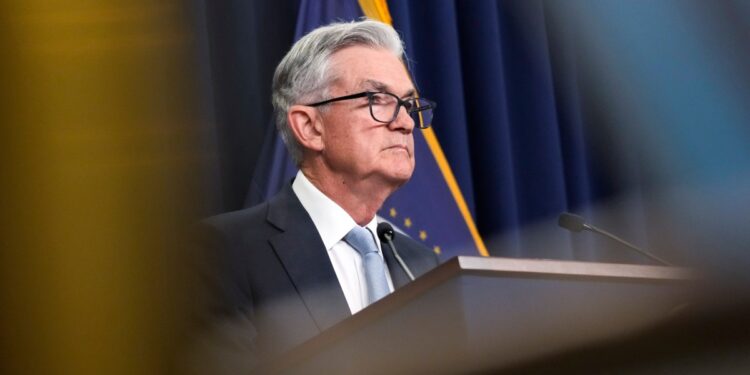 The Federal Reserve on Wednesday hiked its key interest rate by 0.75% for the third time in a row as it races to get ahead of the galloping inflation that is sapping the earnings of American consumers.

In its latest economic forecast, the Federal Open Market Committee said it now projects that the U.S. unemployment rate will climb from 3.7% to 4.4% — meaning hundreds of thousands more Americans will be without jobs.

This month, the Bureau of Labor Statistics reported inflation had climbed by 8.3% year on year and 0.1% month on month. Both figures came in higher than analysts expected, raising fears that inflation is becoming entrenched.

The essence of the problem is that demand in the economy is still too high amid a global supply crunch. Thanks to restrained spending during Covid lockdowns and federal stimulus plans, consumers found themselves flush with cash as the economy began to reopen. Meanwhile, Covid supply chain issues lingered, and Russia’s invasion of Ukraine dampened access to both food and energy in other parts of the world.

So, the Fed is seeking to bring demand back in line with supply. By raising interest rates, the Fed hopes to rein in consumption and borrowing, which in turn should put downward pressure on prices. However, this will come at the cost of a slowing economy.

“The Fed has been delivering a ‘tough love’ message that interest rates will be higher, and for longer, than expected,” Bankrate.com’s Greg McBride wrote in a note released Monday. “The Fed will continue to hike rates until it actually restrains the economy and intends to keep rates at those restrictive levels until inflation is unmistakably on its way to 2%.”

The higher rates, and slowing economy as a result, will likely translate into higher unemployment. This week, Deutsche Bank told Bloomberg News it now projects the U.S. unemployment rate to rise nearly a full percentage point, to 4.5% — implying hundreds of thousands more will be looking for work over the next 12 months or so. Last month, Fed Chair Jerome Powell gave a speech in which he forecast this outcome, saying the higher rates would “bring some pain to households and businesses,” something he said was “the unfortunate costs of reducing inflation.”

Yet, the labor market remains historically strong, prompting others to argue that unemployment need not climb quite so much. In a note to clients Monday, Goldman Sachs chief economist Jan Hatzius projected it would take until 2024 for unemployment to reach 4.2%.

“The labor market remains tight and workers continue to benefit from very favorable job-finding prospects, primarily reflecting the fact that total jobs remain 5.2 million above the total number of workers,” he wrote.

One area in which higher interest rates are taking a significant bite is housing. In an email to clients Monday, Ian Shepherdson, chief economist at the research group Pantheon Macroeconomics, said nine straight declines in the National Association of Home Builders’ index of homebuilder activity and sentiment indicates the home market is now in a “deep recession.” As a result, he said, it is unlikely the Fed will continue its aggressive pace of hiking going forward.

“The longer and deeper the housing recession becomes, though, the greater the pressure it will exert on the Fed to dial back the pace of tightening,” he wrote.

Bankrate’s McBride laid out some financial advice Americans should keep in mind as interest rates climb.

“Given the environment of rising rates and a slowing economy,” he said, “the financial steps for households to take are boosting emergency savings, paying down high-cost debt, and maintaining contributions into, and a long-term perspective on, retirement accounts.”