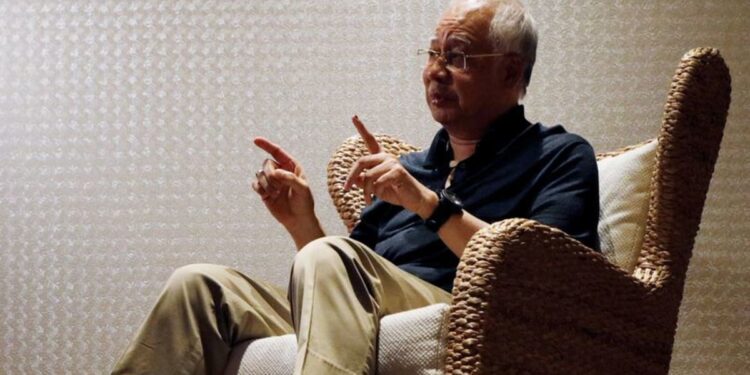 KUALA LUMPUR: Former Malaysian Prime Minister Najib Razak has been given medical clearance to return to prison after completing rehabilitative treatment at a Kuala Lumpur hospital, the health ministry said on Friday (Sep 23).

Bernama reported that he was sent back to Kajang Prison the same day.

Najib, 69, started a 12-year prison sentence on Aug 23 after Malaysia’s top court upheld a graft and money laundering conviction against him in a case linked to a multibillion-dollar corruption scandal. He pleaded not guilty.

Since Sep 4, Najib has been in and out of hospital for issues related to stomach ulcers and high blood pressure, according to his daughter and government officials.

The Health Ministry said on Friday that Najib was in good health after undergoing several checks in hospital.

He has also been taught by the hospital’s physiotherapists techniques on how to exercise by himself, the ministry said in a statement.