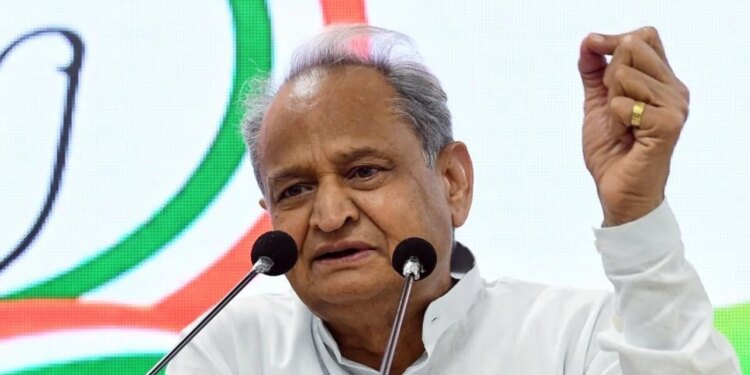 Rajasthan chief minister and senior Congress leader Ashok Gehlot on Friday confirmed that he will be running for the top party post. Speaking to reporters, Gehlot said that Rahul Gandhi has made it clear that “no one from the Gandhi family should become the next chief.”

“It’s decided that I’ll contest (for the post of Congress President). I’ll fix the date soon (to file his nomination). It’s a need for the Opposition to be strong, looking at the current position of the country,” Gehlot said.

“I have requested him (Congress MP Rahul Gandhi) multiple times to accept everyone’s proposal of becoming the Congress President. He made it clear that no one from the Gandhi family should become the next chief,” he added.

Gehlot’s confirmation has added to the buzz over the Rajasthan chief minister’s office, which the veteran leader may have to vacate in lines with the party’s Chintan Shivir reforms that called for “one party, one post”. When asked if he will resign as chief minister, the Congress leader reiterated that party chiefs don’t continue as CM. He, however, shied away from an explicit “no”.

He added that Congress General Secretary Ajay Maken and Sonia Gandhi will decide the further proceedings “if I become the party chief.”