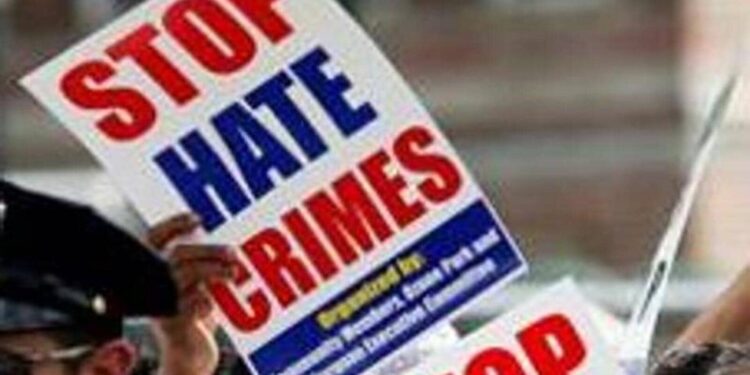 India on Friday resorted to the unusual step of issuing an advisory asking its nationals in Canada to “exercise due caution and remain vigilant” against the backdrop of what it said was a “sharp increase” in hate crimes, sectarian violence and anti-India activities.

The advisory from the external affairs ministry came amid a diplomatic row between India and Canada over the recent holding of a so-called referendum by “pro-Khalistan” elements on creating an independent homeland for Sikhs. The activities of pro-Khalistan elements in Canada have been an irritant in bilateral ties in recent years.

“There has been a sharp increase in incidents of hate crimes, sectarian violence and anti-India activities in Canada,” the advisory for Indian nationals and students in Canada stated.

“In view of the increasing incidences of crimes as described above, Indian nationals and students from India in Canada and those proceeding to Canada for travel/education are advised to exercise due caution and remain vigilant,” it said.

The external affairs ministry and India’s high commission and consulates in Canada have taken up these incidents with Canadian authorities and asked them to investigate the “crimes and take appropriate action”. The advisory added: “The perpetrators of these crimes have not been brought to justice so far in Canada.”

The advisory said Indian nationals and students in Canada may register with the high commission in Ottawa or consulates in Toronto and Vancouver through their websites or the MADAD portal at madad.gov.in. Such registration will allow the Indian missions to “better connect with Indian citizens in Canada in the event of any requirement or emergency”.

External affairs ministry spokesperson Arindam Bagchi had on Thursday described the referendum by pro-Khalistan elements as a “farcical exercise…held by extremist and radical elements”. He said the matter had been taken up with the Canadian authorities through diplomatic channels.

Though the Canadian government has said it respects the sovereignty and territorial integrity of India and that it won’t recognise the so-called referendum, this wasn’t enough to address the concerns on the Indian side.

Bagchi said India finds it “deeply objectionable that politically motivated exercises by extremist elements are allowed to take place in a friendly country” such as Canada. “You are all aware of the history of violence in this regard. The government of India will continue to press the government of Canada on this matter,” he said.

The Indian side believes the Justin Trudeau government, which includes several ministers of Indian origin, has not done enough to address New Delhi’s concerns about the activities of pro-Khalistan elements in Canada.

The BAPS Swaminarayan Mandir in Toronto was recently defaced with anti-India graffiti, allegedly by Khalistani elements. Following the incident, the Indian high commission last week strongly condemned the incident and requested Canadian authorities to investigate the matter and take prompt action against the perpetrators.

Canada is home to 1.6 million people of Indian origin and non-resident Indians, one of the largest concentrations of the Indian diaspora across the world. They account for more than 3% of Canada’s population. Canada has 17 MPs and three cabinet ministers of Indian origin, including defence minister Anita Anand.