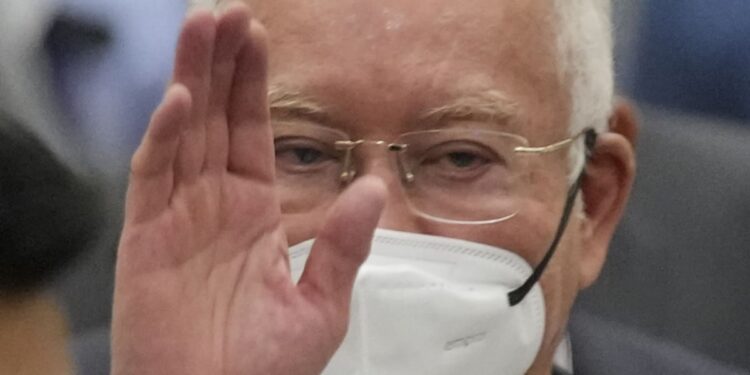 On Aug 23, the Federal Court dismissed Najib’s appeal to overturn a 12-year-jail term and RM210 million (US$46 million) fine over seven charges in the case involving funds from SRC International, a former unit of 1Malaysia Development Bhd (1MDB).

The charges against Najib, who served as prime minister from 2009 to 2018, involved the transfer of RM42 million from SRC International into his personal bank accounts in 2014 and 2015.

The conviction and sentence was upheld by the Court of Appeal on Dec 8, 2021. Najib later filed a petition of appeal to the Federal Court on Apr 25 this year.

He began serving his sentence at the Kajang Prison in Selangor immediately on Aug 23 after the Federal Court decision.

On Sep 12, Najib’s ongoing 1MDB trial was cut short when the High Court was told that the former prime minister’s health condition was “quite bad” and needed medical attention.

The prosecution team told the High Court judge that Najib needed to be sent to hospital for medical attention as the high blood pressure medication he was taking had given him adverse effects.

The former prime minister was earlier treated for his stomach ulcer, his daughter said on Instagram.

The ongoing 1MDB trial is Najib’s second corruption case. He was accused of 25 charges of money laundering and abuse of power related to 1MDB funds totalling RM2.3 billion.

The trial is scheduled to resume next Monday.