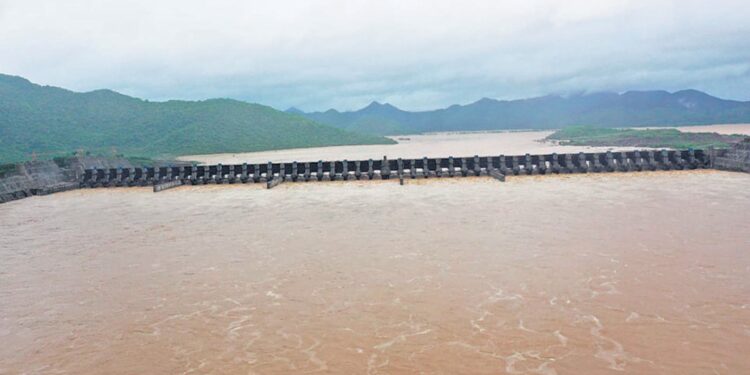 The Telangana government has appealed to the Centre to commission an independent study to observe the effects on the backwaters of Godavari river due to the construction of Polavaram major irrigation project in Andhra Pradesh, persons in the know of the development said on Friday.

In a letter to Union irrigation secretary Pankaj Kumar on Wednesday, Telangana special chief secretary (irrigation) Rajat Kumar said a committee of a technical team comprising of chief engineers from all riparian states — Telangana, AP, Chhattisgarh and Odisha — besides experts from Central Water Commission and National Institute of Hydrology (NIH) may be constituted to study the backwater effects of Polavaram project on the riparian states.

“There is every need for transparency in sharing the data and formulating a sound technical solution acceptable to all,” Kumar said, in the wake of the Centre calling for a meeting of all officials of the riparian states in Delhi on September 29 to study the issue.

In his letter, Kumar expressed apprehension that Telangana would witness massive submergence all along for about 30 km stretch upstream from the Telangana-AP border on either side of the Godavari river due to the Polavaram backwater waters once the project was completed.

He said the CWC had designed the Polavaram project spillway for discharging 50 lakh cusecs against 36 lakh cusecs as envisaged in Godavari Water Disputes Tribunal (GWDT) Award. This would cause much more submergence effect in Telangana, inducing more attenuation of flood peaks.

The Telangana official pointed out that technical studies for backwater effect were carried out by the CWC only for a probable maximum flood of 36 lakh cusecs flood as against designed 50 lakh cusecs. “This would pose threat to the historical temple town of Bhadrachalam with adjoining villages, the critical Manuguru Heavy Water Plant and Bhadradri Thermal plant all upstream of Polavaram,” he said.

Kumar said the technical studies on backwater effect were based on the river cross sections surveyed prior to 1990, but the river course had undergone several changes in the last 30 years due to climate change, land use, sedimentation etc. “So, a fresh survey has to be conducted on the cross sections of the river upstream of Polavaram to assess the correct discharge of river from the project,” he said.

Kumar said the backwater effect of Polavaram would also result in local drainage congestion along the river banks and local streams like Peddavagu, Edullavagu, Pamuleruvagu, Turubakavagu etc joining the river Godavari causing loss and destruction in the areas in Telangana. This would result in submergence of around 60 villages and a huge extent of agricultural lands, he said.

He pointed out the damage caused in the Telangana region during the recent floods to Godavari river in July, due to the completion of Polavaram spillway and upper coffer dam. The inundation continued for five days in the historical temple town and surrounding villages, he said, adding that this would be a recurring phenomenon every year, once the project was completed.